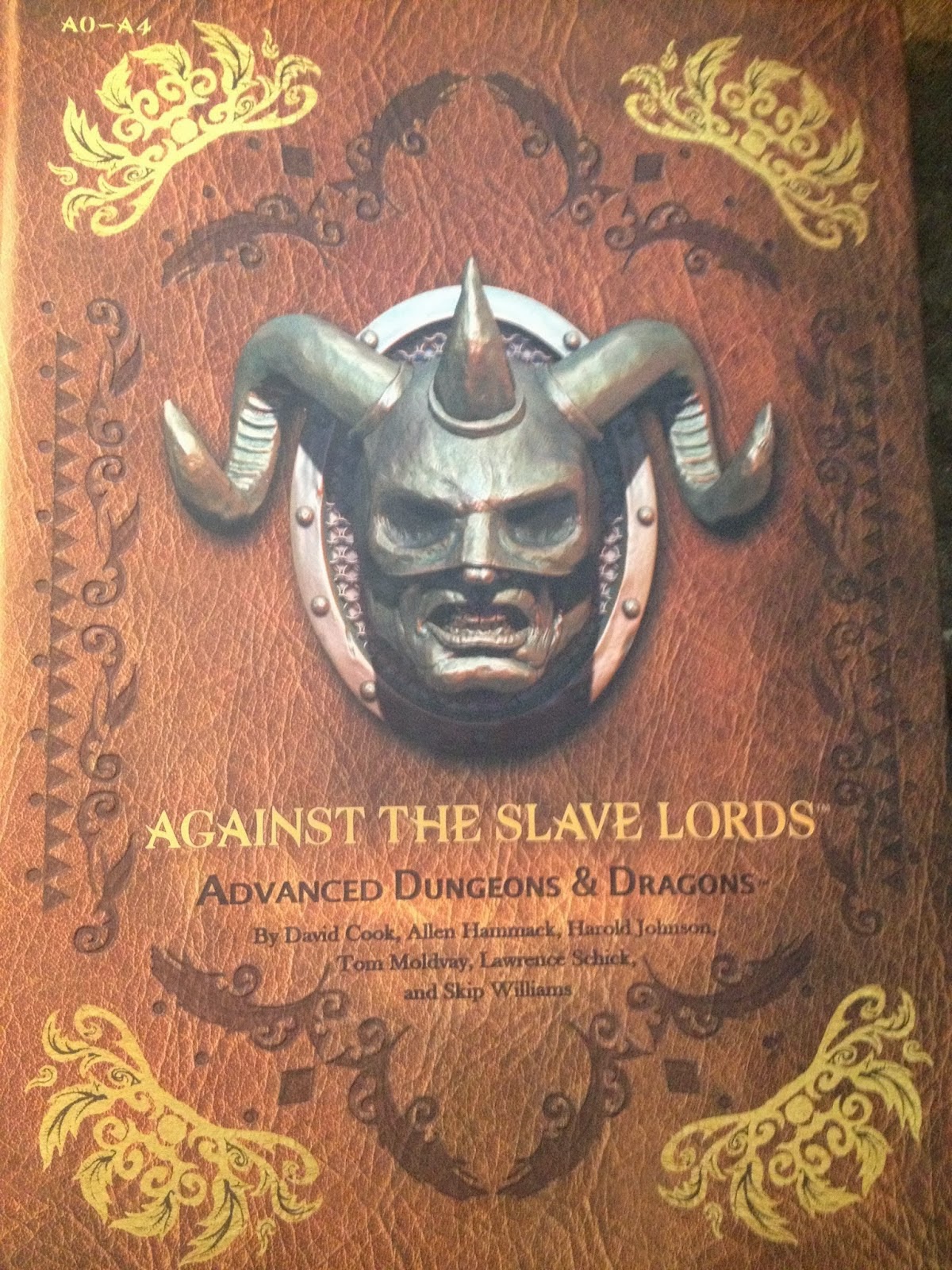 Sorry for the long absence with the blog but real life got in the way.  My dad died last year and I'm still taking care of my mom's estate in the meantime (she had a stroke in 2007 and I've had my hands full dealing with that for the last six years) not to mention work obligations.  Anyway, I'm not trying to make excuses or anything but I'll get back to blogging about old school games in the near future.  We are currently playing in a B/X D&D game for the "A" series otherwise known as the Slavers series.  Our GM is using the WOTC re-release of that series and we are currently playing the new introductory module that was added to the new book.    We are currently 3rd level or so and are about to enter the Slave Pits of the Undercity.  Stay tuned for future recaps and campaign info updates on the current campaign as it unfolds... 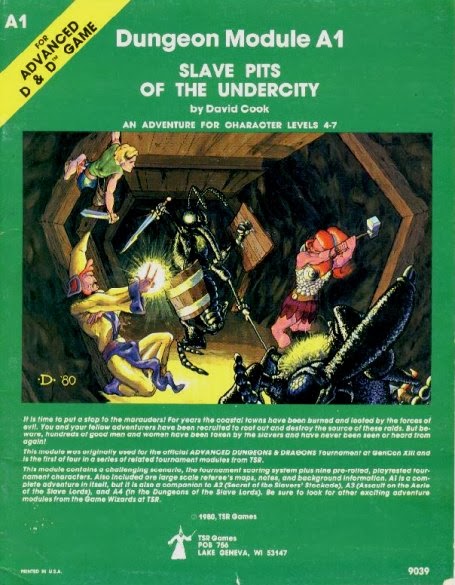 The current campaign is set in our GM's world of Moog in the outlying regions beyond the City of Vermistdadt which was the setting for our previous Swords and Wizardry White Box city campaign.  I'll post more info on the current setting as well as more becomes available in an effort to help the GM flesh out the campaign setting info.  The World of Moog borrows heavily from the old Warhammer Fantasy Role Playing game and miniature combat game default world.  It is a gritty Swords and Sorcery type of setting that reminds me a lot of Fritz Leiber's World of Lankhmar where his awesome Fafhrd and the Gray Mouser stories take place.  The City of Vermistadt is a lot like the City of Lankhmar but with Warhammer types of gods and denizens (sort of a mashup) and the land of Moog can be roughly equated to Leiber's world of Nehwon coupled with influences from the Warhammer setting as well.  It is a fun setting to play in for a Swords and Sorcery type of game and often includes certain elements that might be considered a bit gonzo which adds a bit of dark comedic entertainment to the setting.

Email ThisBlogThis!Share to TwitterShare to FacebookShare to Pinterest
Labels: A Series Against the Slave Lords, A1 Slave Pits of the Undercity., B/X Dungeons and Dragons, Fafhrd and the Gray Mouser, Lankhmar, Nehwon, Old School Renaissance, OSR, The World of Moog, Vermistdadt
Newer Posts Older Posts Home
Subscribe to: Posts (Atom)